Dr. Ryan Schrock is a trailblazer for health and well-being who is passionate about helping people of all ages actively achieve their health goals. He focuses on creating the right conditions in the body to give the body the best opportunity to be healthy for a lifetime. When Dr. Ryan isn't helping people he is ultra running in the mountains!

Dr. Schrock believes that the potential of his community lies in the health of its people. He uses an individualized approach in his practice to deliver care with comfort and specificity, all while client is at ease. When at ease, your energy is most efficient for healing. This is the experience you will feel that is different from other practitioners. The result is people get better faster.

My mission and mindset:

My aim is to empower and impact the lives I touch through exceptional chiropractic care and lifestyle education. We must anchor to the innate knowing of the body, it's intelligent, never forget it!

Dr. Schrock is part of an elite group of Chiropractors who continue to develop professional chiropractic training programs to learn mastery of the art of Chiropractic with love and service as their core values. In his own words, "it is the place inside the Chiropractor through which the excellence of care is delivered and felt through the client's entire body. This is caring and having reverence for the person's life in front of me, not just a sore neck or hip. When love and skill come together, expect a masterpiece." He is also Webster certified to address the pregnant mother to maintain her structural health that may help prevent "dystocia" or difficult labor. Having a Chiropractor is a must relationship to have during pregnancy."

Dr. Schrock is a graduate of Butler University in Indianapolis, IN, where he earned a B.S. in Psychology. He then attended Life University and earned his Doctorate of Chiropractic in 2015. He was the 2015 recipient of the Lasting Purpose award. This reward is given to a graduate exemplifying the principles on which the school was founded upon: "to give, to do, to love, and to serve out of a sense of abundance with no expectation of return." He is a facilitator in Chiropractic training seminars called Mastery. Love. Service., or MLS seminars.

Due to her personal health transformation through chiropractic care, Dr. Andrea could not be more passionate about this healing profession and sharing this truth with everyone she can reach. Prior to attending chiropractic school, Dr. Andrea worked in corporate America for eight years.

Initially, it was exciting to work for a global organization that would challenge her and provide many opportunities for advancement, but after relocating across the country four times and experiencing overwhelming stress due to increasing demands and pressure, she found herself in a very dark, miserable place. She remembers her father encouraging her to quit her job, but she could not envision what she would do if she left and resorted to anxiety medication, as that felt like the only solution at the time. Several months later, her GI tract came to an abrupt halt, and she couldn't go to the bathroom for over six months.

One day during this challenging time, in an airport far from where they grew up, she ran into her childhood friend, Holly, who was a chiropractor in the city she was living. Even though she knew nothing about chiropractic at the time, something inside Andrea told her to make an appointment with Dr. Holly to see if there was anything she could do to help. From the moment Andrea walked into Holly's office, she felt a sense of hope that she did not get from anything else she had tried. She signed up for care, and two months later, everything was functioning normally again. As an added bonus, her asthma and allergies she'd had her entire life also resolved, and she quickly tossed every medication she'd ever taken in the garbage.

Not only did chiropractic care change her physical health, but it also gave her the clarity and courage to leave her sales career and become a chiropractor, so that she could share this incredible gift with others as it had been shared with her. Having experienced similar stresses to what many Americans are feeling in their careers, with their health, and with life in general, Dr. Andrea has a special ability to relate to the people she serves, providing hope and shining a light on a future that they may not be able to see for themselves, just as it was done for her.

Dr. Andrea's passions include hiking (and virtually anything outdoors), cooking and sharing meals with friends and family, Sunday worship, traveling, Pilates, and triathlon. She studied abroad in Sevilla, Spain for a year in college and speaks fluent Spanish, which she is excited to incorporate into the practice to serve the local Hispanic community.

Watch the video below to hear Jamie's incredible story.

CALL TO SCHEDULE AN APPOINTMENT TODAY! 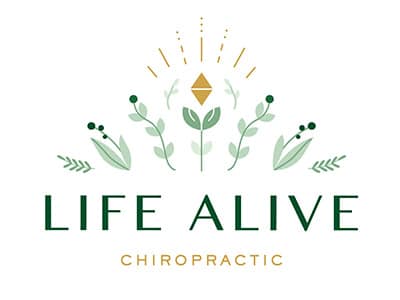